Languages Canada is thrilled to announce the Hon. Sean Fraser, Member of Parliament for Central Nova and Minister of Immigration, Refugees and Citizenship, as opening keynote speaker for the Languages Canada 16th Annual Conference on Thursday, February 23, 2023, 10:00 a.m., at the Westin Nova Scotian in Halifax. Following the address, Languages Canada members will have the opportunity to attend a Q&A session with the Minister.

Sean Fraser has represented the people of Central Nova in Parliament since 2015, taking on the role of Minister of Immigration, Refugees and Citizenship in October 2021.

This will mark the Minister’s second consecutive participation in Languages Canada’s flagship event, demonstrating the vital role that the sector plays in helping to meet Canada’s immigration targets and workforce goals: 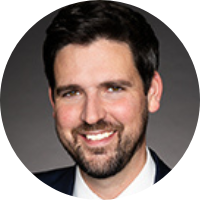 “Immigration is essential for building a prosperous, diverse, and inclusive Canada, and language programs provide prospective new Canadians with the integration and official language skills needed to succeed in our workforce and communities. I'm so pleased to join English and French language education leaders once again for the Languages Canada Annual Conference, this time in my home province of Nova Scotia, where we will continue the conversation on the important contribution that LC members make to Canada's future, and how the government can best enable the sector to thrive.”

- The Hon. Sean Fraser, Minister of Immigration, Refugees and Citizenship

The Languages Canada 16th Annual Conference takes place February 22-25 at the Westin Nova Scotian, in the heart of the Halifax Seaport District. The closing reception, featuring special speaker Lena Metlege Diab, ﻿Member of Parliament for Halifax West, will be held at the Canadian Museum of Immigration at Pier 21 on the evening of Friday, February 24.

The Conference is a meeting place for members and other Canadian and international education partners and stakeholders to reconnect, share, learn, and collaborate.

In accordance with the theme of this year’s event, Community, Coast to Coast, the conference program will focus on building a sense of community within the association’s membership – English and French, public and private, universities, colleges and language schools – as well as solidifying the sector’s partnerships with key players in the international education sector and highlighting the importance of language and integration in addressing Canada's immigration and labour objectives.

Click here to learn more or to register for the Languages Canada 16th Annual Conference.